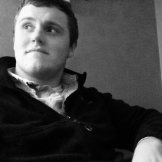 Matt Kraus is a writer and editor currently located in Bethesda, Maryland. He is an editorial and multimedia assistant at ELECTRICAL CONTRACTOR magazine, and an Ohio State graduate who has been writing about film and pop culture for five years. His work has appeared in The Lantern, The Barnes & Noble Book Blog, IEatFilms, his previous blog CinemaSlants, and more. He is the former President of Scarlet & Gray Sports Radio, and his voice has also been heard broadcasting college sports on the Big Ten Network. You can find him on Twitter @MattKraus813, where he frequently complains about movies and Buffalo sports teams.

25 thoughts on “About Matt”