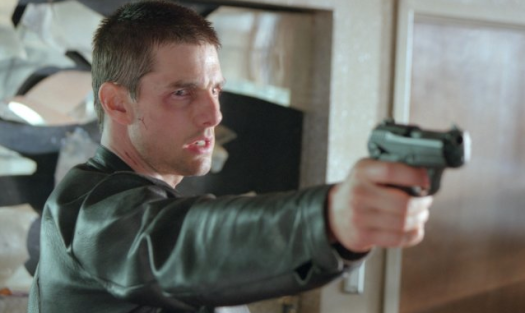 Throughout most of his career, Tom Cruise has made his film decisions based on one thing: to where will audiences follow him? For a while, the answer to that question was “pretty much anywhere.” However, in the last decade or so, a slight tension seems to have developed between Cruise and audiences. His films have been quite successful for the most part, but this summer’s critically lauded Edge of Tomorrow is a rare Cruise blockbuster that bombed in theaters. You could feel something like this coming for a while. In the last several years, we have seen Cruise star in several action movies that are broadly appealing, but hardly the best use of the star’s talents, and none of the marketing leading up to Edge of Tomorrow’s release indicated that audiences would be getting anything new. We have entered an age of potential Cruise fatigue, and it can all be traced back to the hullabaloo surrounding the release of War of the Worlds in 2005. END_OF_DOCUMENT_TOKEN_TO_BE_REPLACED 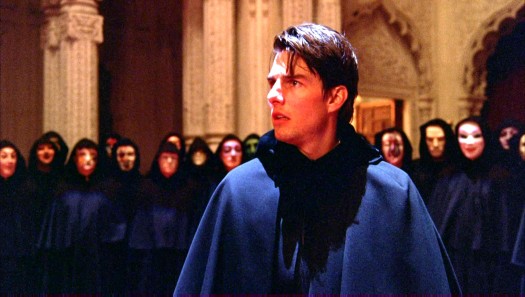 Tom Cruise’s career had now entered its fourth decade, and in all that time there is one stretch that stands out as the most interesting. It begins in 1996, which brought us two of the most important films of his career: the original Mission: Impossible (covered previously) and Cameron Crowe’s Jerry Maguire. The former is notable for sending Cruise down the action hero path that would eventually lead him to his current state, and the latter is a memorable quote factory that was able to get not one, but two lines onto AFI’s 100 Years… 100 Movie Quotes list, with a third just missing the cut. It’s the film that got Cruise his second Oscar nomination, and for the next few years he continued to chase that dragon, resulting in perhaps the three weirdest movies Cruise has ever starred in: Eyes Wide Shut, Magnolia and Vanilla Sky. END_OF_DOCUMENT_TOKEN_TO_BE_REPLACED 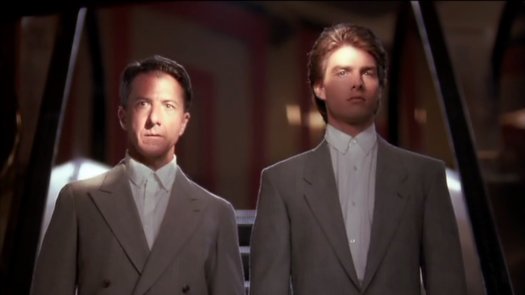 As I discussed last time around, one of the most difficult moments in any young movie star’s career is what they do immediately after their sudden rise to fame. These days, we’re actually seeing several actors go through this stage, what with franchises like Harry Potter and Twilight reaching their end. When Top Gun exploded and Tom Cruise became a household name, he decided to respond by simply making as many movies as possible. He also helped himself by refusing to simply make Top Gun 2: Still Playin’ With the Boys, and instead tried out a bunch of different projects. Many of them may have had similar plots, characters and themes, but others decided to push his now-famous persona into more interesting places. This post covers three early attempts by Cruise to work on more prestigious fare, and in one case he was able to get his first Oscar nomination. END_OF_DOCUMENT_TOKEN_TO_BE_REPLACED 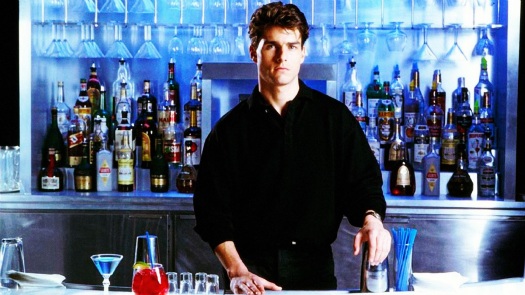 “I’m more afraid of being nothing than I am of being hurt.” – Cole Trickle, Days of Thunder

The only thing more difficult than becoming a movie star is remaining one, and that is the challenge Tom Cruise faced in the wake of Risky Business and Top Gun. Many an actor has gotten big breaks like those, only to quickly fade away into the background. However, if you are familiar with Cruise’s personality and work ethic, you know he was not going to let that happen. In fact, he barely even took a moment to appreciate his own success, and he spent the rest of the ‘80s stringing together hit after hit in order to keep his name in the spotlight. He was smart about it, too, balancing commercial projects with slightly more prestigious fare. We will get to the latter category in a later post, but for now, let us focus on three films in which he attempted to capitalize on the “young hotshot” image he so successfully created in Top Gun. END_OF_DOCUMENT_TOKEN_TO_BE_REPLACED 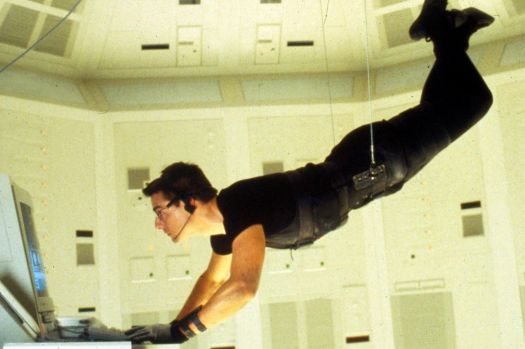 “I work for an agency. It’s called the IMF.”
“What’s that stand for?”
“Impossible Mission Force.”
“Shut up.”—Ethan Hunt and his wife Julia, Mission: Impossible III

Considering how long Tom Cruise’s movie stardom has lasted, it’s somewhat surprising that he hasn’t been involved in many huge franchises. Unless you count The Color of Money, and I don’t, Cruise did not appear in a sequel until 2000’s Mission: Impossible II. (Sadly, Eyes Wide Shut 2: The Adventure Continues never came to be.) To this day, Mission: Impossible is the only franchise to which Cruise has attached himself, and as a result it may be these films for which he is most known among my generation. It’s also a franchise rather unlike anything else going today. Most modern film series are obsessed with continuity and building worlds over the course of several installments. Outside of a few characters, the Mission: Impossible films have no real interest in such things. All four films are completely different beasts in terms of visual and storytelling style, and yet of the four movies there is only one real stinker of the bunch. The name Mission: Impossible doesn’t mean much more than “Tom Cruise action movie,” and yet it has turned out to be a surprisingly consistent entity. END_OF_DOCUMENT_TOKEN_TO_BE_REPLACED 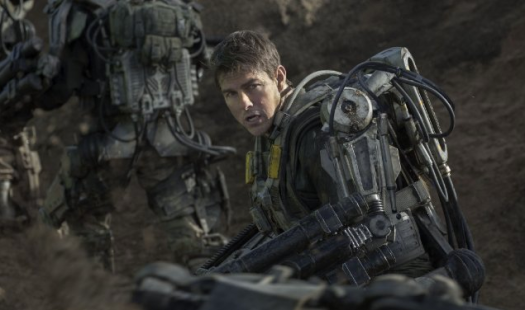 As Edge of Tomorrow begins, we are greeted with the kind of montage that has kicked off many a science fiction film before, as director Doug Liman assembles a collection of fake news footage that sets the audience up for the world they are about to enter. Tom Cruise appears in a couple of these clips as well, and the film lets you know that he is not a typical soldier, but a sort of media spokesman. It’s not a particularly auspicious first couple minutes, but then an interesting thing happens: the film quiets down. The first proper scene in the movie is a long, engaging conversation between Cruise’s Major William Cage and Brendan Gleeson’s General Brigham. The editing is patient, and there’s no manipulative music trying to drive anything home. It’s entirely about the two actors, and it allows them to play the scene in a way that establishes who they are and their place in the world. That, in a nutshell, is what makes Edge of Tomorrow so successful. There’s nothing terribly surprising about the story it’s telling, but it presents this story with refreshing wit and personality. END_OF_DOCUMENT_TOKEN_TO_BE_REPLACED 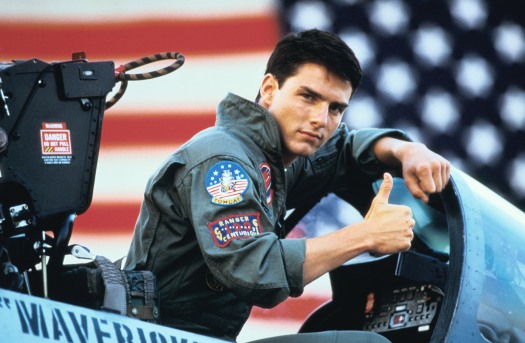 “In case you are wondering who the best is, they are up here on this plaque. Do you think your name will be on that plaque?”
“Yes, sir.” – Viper meets Maverick, Top Gun END_OF_DOCUMENT_TOKEN_TO_BE_REPLACED 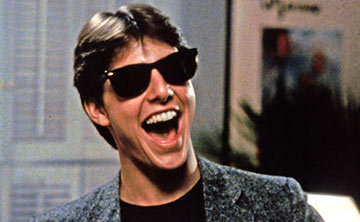 Those of you who followed my previous blog may recall that I spent two summers writing about the work of two of my favorite directors: Martin Scorsese and Steven Spielberg. (Not to go out on a limb or anything.) The former project didn’t pan out as much as I had hoped, but with the so-called “Summer of Spielberg” I was able to successfully navigate the entirety of his considerable oeuvre. This summer, I have decided to bring it back, only I won’t be talking about a director. I will be discussing one of the biggest movie stars in history: Thomas Cruise Mapother IV. This won’t be a comprehensive project that covers every film he’s done, but instead I will focus on many of the most important movies of his career: both the highs and lows. END_OF_DOCUMENT_TOKEN_TO_BE_REPLACED