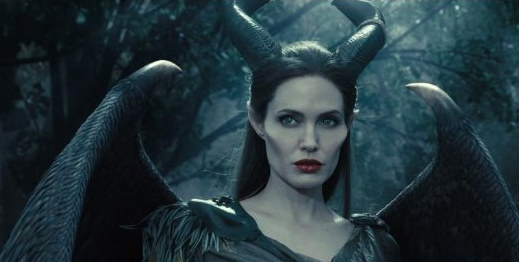 After not posting a Viewing Diary last week, I’ve decided to spend this week’s post catching up on some of the new releases I’ve yet to discuss. I know I have done otherwise before, but henceforth, Viewing Diaries will not include films that I am writing about for other blog posts/reviews. That’s why the various Tom Cruise movies I’m watching will not be covered here, as well as films like Deliver Us From Evil, which I have seen but will not write about until the full review posts closer to the release date. Anyway, that concludes all new business. Let us begin. 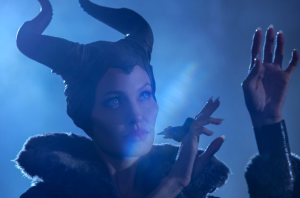 I hesitate to say Maleficent was made with the best of intentions, considering it’s quite plainly part of Disney’s new strategy of making films meant to play off audience nostalgia and trigger positive feelings for their past properties. The company has even admitted that this is their major motive for producing such films as Saving Mr. Banks, Maleficent, and upcoming projects Cinderella and The Jungle Book. It’s a bit disheartening, though almost refreshingly honest, to have a studio just come out and say that their current decision-making is being driven by brand more than pure creativity. And yet, there’s something interesting going on in the heart of Maleficent, particularly in the central relationship between Angelina Jolie’s title character and Elle Fanning’s Princess Aurora. Too bad the film around it is a complete mess, and far too devoted to a plot that isn’t half as interesting as the characters that populate it.

The primary sin of Maleficent starts at the premise, and it’s another case of Hollywood thinking that audiences are interested in the origin stories of familiar characters. In 85 percent of cases, such stories are a snooze, and far too much of Maleficent‘s first half concerns itself with how the Sleeping Beauty villain came to be. Most of it could probably have been explained away in a couple minutes. Things take a turn for the better once Maleficent and Aurora start to interact, but this section doesn’t last nearly long enough to salvage the rest of this overstuffed jumble. Just about everything not involving Jolie or Fanning is bad. The film’s universe is the kind of bland CGI you’ve seen in a million other films, Sharlto Copley continues his losing streak with an odd performance as King Stefan, and the scenes featuring pixies Thistlewit, Flittle and Knotgrass feel transported in from another movie. All this is packed into a package that doesn’t even reach 100 minutes. Maleficent never has any real idea what it’s doing, but at least it does it quickly. 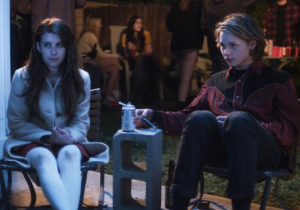 Gia Coppola’s directorial debut Palo Alto has been getting a lot of praise since it has made the festival rounds, but unfortunately it left no such impact on me. Even more so than usual, this is a high school movie about some truly miserable characters, and much of this misery seemed scripted rather than authentic. And then there’s the case of Fred, played by Nat Wolff, who is a horrible character who does horrible things and I’m slightly afraid that the film still expects us to find him charming. I just wasn’t able to muster much sympathy for the characters in this thing, and I blame precisely none of that on the actors. All of them try their best, and Emma Roberts in particular is a standout. One of these days she’ll find a film that lives up to her talents, but this isn’t quite it. Palo Alto looks great, but I wasn’t able to find any joy (or originality) in these stories. If Alejandro Gonzálex Iñárritu made a high school movie, it might look something like this. 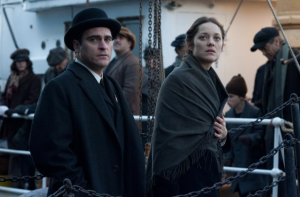 Here is one of the more confusing cinematic burials of the year. After making quite a bit of noise at various festivals last year, the Weinstein Company has unceremoniously dumped James Gray’s The Immigrant into a limited release with virtually no promotion. This isn’t the first time this has happened, mind you. If the Weinsteins don’t think a movie is going to make significant noise/win Oscars, they have a history of throwing such things away. However, with the proper care, this could have gotten the mainstream attention it so deserves. It features three established actors in Joaquin Phoenix, Marion Cotillard and Jeremy Renner, and it’s a handsomely shot, well-written and brilliantly performed piece of work. Some have called it a masterpiece. I’m not sure I would go that far, but it certainly deserves to find its audience.

Cotillard is the titular immigrant who comes to 1920s New York and is on the brink of deportation before being “saved” by Phoenix’s Bruno Weiss. However, while under his care she is forced into prostitution, and eventually the magician Orlando (Renner) comes along and appears to fall for her. This is going to seem like a lofty comparison, but much of this film has the look and feel of the Robert De Niro sequences in The Godfather Part II, while also being completely different. It is an old-fashioned film in every sense, and in terms of style there just aren’t many like it made these days. Perhaps that’s why it got buried, but if so it’s a real shame. This is a drama filled with complex characters, and Gray has an impeccable gift for filling each frame of his film with emotion. 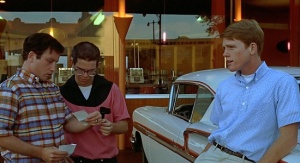 On its surface, George Lucas’ American Graffiti has almost nothing in common with the sci-fi franchise that would eventually become his legacy. (The name escapes me. Celestial Combat, or something like that.) However, his entire oeuvre is driven by a sense of nostalgia, and this film just happens to make that nostalgia extremely literal. Much like Richard Linklater’s Dazed and Confused would do a couple decades later, American Graffiti is a mostly plotless film that seeks to capture a place and time in America through the eyes of its teenagers. (And, by extension, its pop music.) As Lucas has said himself, this film is about a world at the end of its innocence, and the dark reality of adulthood (and the Vietnam War) waits around the corner. He makes this abundantly clear at the end of the film, when he informs the audience of the future that awaits the four main characters, and it’s startlingly bleak. At its core, American Graffiti is about the moment when the school dance ends, and the kids are left to wander out into the cold, hard world.