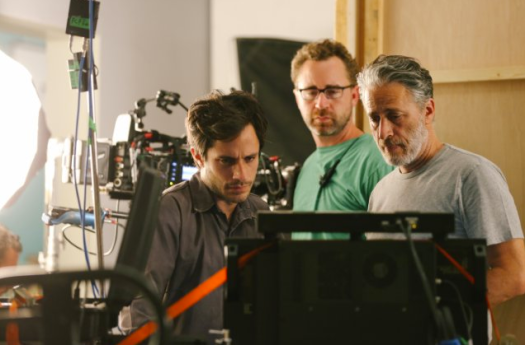 This week on The Screen Addict: Jon Stewart puts on a serious face for the big screen, Michael Keaton puts on a show in Birdman, and yes, I’m also listening to that podcast everyone else is. Read on for all that and more.

Rosewater: Jon Stewart’s passion project comes from the heart, but its brain is not to be ignored 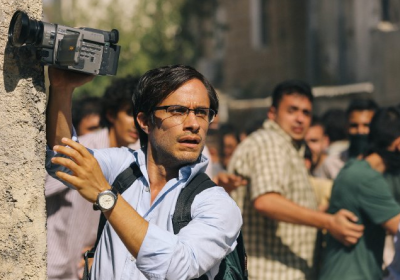 For someone who has achieved all that Jon Stewart has, he has always been quick to back away from any accusations of importance. As false as the modesty may be, he has always been adamant that what he does is comedy first and journalism distant second. He may know that The Daily Show is a vital part of the modern news conversation, but he sure doesn’t like admitting it. He’s also remarkable for how content he’s been to stay right where he is. When David Letterman’s spot on CBS opened up, he was one of the first to run away from the rumors, and enthusiastically suggest Stephen Colbert in the process. As great as he is at what he does, the last thing he seems interested in is pretending to be something he’s not.

So, when word got out that he was going to be taking a summer off from The Daily Show to direct the dramatic film Rosewater, based on the real-life story of Iranian Canadian journalist Maziar Bahari, it took me by surprise. Here was Stewart taking a real chance on something he had never done before. His prior cinematic experience has mostly consisted of cameos as himself, playing the best friend role in Big Daddy, and rocking this hairdo in Death to Smoochy. However, once you look into Bahari’s story, it’s easy to see why Stewart became so attached. There’s the part that directly involves him, of course, since Bahari’s plight was partially caused by a brief appearance on The Daily Show. But, the story also touches on themes that Stewart has addressed time and time again throughout his late night career. It also reveals that, despite how cynical his output may usually appear to be, Stewart has a fundamental respect for what journalists such as Bahari do.

Rosewater is certainly meant to be a crowd-pleaser, and there’s nothing terribly challenging about how the material is presented. With a select few exceptions, the characters all speak English, and none of the scenes of violence are presented in a high-impact fashion. On the Argo-to-Zero Dark Thirty spectrum, Rosewater leans decisively toward the former. However, Stewart does perhaps an even better job than his Affleckian counterpart at contextualizing the events of the film in the whole of recent Iranian history, and he does so without relying on exposition or vilification. Despite filming in Jordan (by necessity, of course) the film successfully depicts Iran as a place scarred by the recent past, and stuck in an equally unpleasant present. The first chunk of the film follows Bahari, played by Gael Garcia Bernal, as he attempts to cover the 2009 Iranian election. He talks with supporters of both incumbent president Mahmoud Ahmadinejad and challenger Mir-Hossein Mousavi, and eventually watches as the (perhaps rigged) election unfolds, and the Iranian citizens begin to protest. Unfortunately, it becomes violent, and Bahari keeps his camera rolling through it all.

The government didn’t care for Bahari’s coverage of the election, and so the second half of the film concerns his imprisonment and interrogation at the hands of a nameless officer, played by Kim Bodnia. The scope of the film then tightens dramatically, and it exclusively concerns itself with the interactions between the two. In this prison, we have a quite literal clash between East and West, and this is when Stewart’s surprising gift for directing actors really comes through. This premise could have easily felt like a lame cinematic adaptation of a nonexistent stage play, but Bernal and Bodnia breathe impressive life into their respective characters, and Stewart’s dialogue never betrays them. It feels convincing from front to back, and Stewart is able to sneak a healthy dose of levity into what is otherwise a hopeless situation.

Most impressively, you can feel Stewart’s heart in every single frame of Rosewater. It’s not the most visually dynamic thing—particularly in the first half—but in its best moments it feels like a movie that’s on a mission. I’m anxious to see if Stewart ever directs a movie again, but I’m not entirely sure he will. This feels like the right material at the right time, and based on the way Stewart goes about things, I don’t think he’s going to make another movie just for the sake of doing it. For one, he’s got a day job that takes up a lot of time. On the other hand, I’m not sure another story will ever lodge itself in his brain quite like this. This wasn’t a movie he wanted to make. This was a movie he felt like he needed to make, and it shows.

– Alejandro González Iñárritu is a fine example of a director who is never content to play in the shallow end of the pool. He could be having a great time down there, but his mind is always on what he could be doing in the deep end. (This concludes Matt’s Terrible Analogy Corner.) This is exactly the curse that his new film Birdman falls victim to. What could be an entertaining comedy/drama about a fascinating character and various behind-the-scenes dealings on Broadway instead tries to mix in potentially supernatural elements and become about… something more. I’m not sure what, and I’m not sure Iñárritu does either. But that doesn’t stop him from trying.

– For all but the most devoted fans of the original, it’s hard to see Dumb and Dumber To inspire much of a reaction beyond indifference. Part of my problem is that my sensibilities only occasionally overlap with those of the Farrelly brothers, and so I’m pretty much doomed to never completely love anything they do. There are brief moments of inspired lunacy here, but the more substantial gags, and the story as a whole, didn’t do much of anything for me.

– Lastly, let’s quickly check in on Fury, the World War II movie directed by David Ayer that came out last month. Early in the year this film was circled by many as a potential Oscar contender, but by the time it came out people realized that’s not quite Ayer’s style. He’s more interested in marinating in a pool of testosterone and anguish, and Fury spends a bit too much time reflecting on that with no clear goal in sight. The action scenes are impressive, but it’s held together by a glue that feels both overly familiar and way too unpleasant.

What’s the deal with Serial?

If you are a regular visitor of the Internet, then there’s a good chance you’ve been hearing at least somewhat about a new podcast called Serial, which is hosted by Sarah Koenig and comes from the folks behind This American Life. It is, essentially, a week-by-week examination of a true crime story from 1999, as Koenig attempts to answer two key questions: Did Baltimore-area high school student Adnan Syed kill his girlfriend Hae Min Lee? And if not, then who the heck did? Adnan maintains his innocence even from prison all these years later, and there is quite a bit to suggest he may be telling the truth. On the other hand, there’s quite a bit going against him, including one major witness who claims he helped Adnan dispose of the body.

It’s fascinating listening, particularly for those who can’t get enough of true crime stories. Week by week, Koenig attempts to peel back another layer of this case, but for every answer there are about a million more questions. I’m not sure there really can be any definitive answers, unless Koenig is withholding significant evidence until later episodes. But really, that doesn’t matter. This is a story that winds up being incredibly interesting not just in terms of the story, but also the culture around these kids. If you’re only listening to Serial for answers, then you are probably going to be disappointed. The whole idea of an “answer” isn’t the point, though if we arrive at one it will be a pleasant surprise.

Classic of the Week

Over the course of the last month, I slowly but surely worked my way through a Criterion box set I bought a little while ago: Pier Paolo Pasolini’s Trilogy of Life. I didn’t know much about them going in, except that they were loaded with nudity. (THIS IS NOT THE REASON I BOUGHT THIS SET. REALLY. IT WAS BECAUSE I HADN’T SEEN ANY PASOLINI FILMS BEFORE AND IT WAS ON SALE AND I THOUGHT “HEY, WHY NOT?” SERIOUSLY. SCOUT’S HONOR. STOP LOOKING AT ME LIKE THAT.) And, well, they’re certainly something. The first of the three, The Decameron, might be my favorite, just because it felt the most thematically cohesive. These are all rambling, vulgar things, but they’re all incredibly watchable, thanks to Pasolini filling them all with a sense of… well, life. I understand that most of Pasolini’s output was much more on the negative side—you’ll probably have to tie me to a chair to make me watch Salò, based on what I’ve heard—but going off these three films, positivity fits him quite well. Though I’m not sure I ever need to watch the climax of The Canterbury Tales again, which I won’t even attempt to describe. I’ll just say that it… left a mark.

Trailer of the Week


Here is a movie that is almost guaranteed to stink, and yet it is a fascinating story just for how long its inevitable stinkiness has been withheld from the movie-going public. Directed by Sergei Bodrov, Seventh Son was initially scheduled to be released in February 2013. I was still in college then! Were we ever so young? However, it was eventually pushed back to October 2013 for post-production reasons. Fine! These things happen, you know? Then, for various reasons, it was pushed back again to January 2014. At this point it seems like they’re trying to get rid of this thing, doesn’t it? But wait, there was one final insult to come: Legendary sold the film to Universal, who pushed Seventh Son back one more full year to February 2015. I distinctly remember seeing a trailer for this movie in early 2013 sometime, and at last, it may now see the light of day. (Not to jinx it.) Hopefully it can exceed our expectations and only be kind of bad.

New to Video or Streaming

Phil Lord and Chris Miller may be the hottest names in movie comedy right now, and their work on this year’s hilarious 22 Jump Street shows off just what they do so well. This sequel to 21 Jump Street obviously lacks the element of surprise the original had going for it, but this duo sure knows how to put a joke onscreen, and it helps that they have one of the most unexpectedly great comedic duos in recent memory in front of the camera. Jonah Hill and Channing Tatum are an absolute delight as these characters, and I’d like to see them keep working together in other contexts going forward. I’m not sure we need another Jump Street though. Everyone involved can, and should, move on to bigger things.