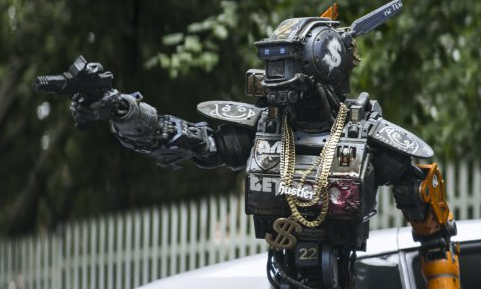 This week on The Screen Addict: Chappie takes Johannesburg, Will Smith tries to Focus, and I tell you the best movie of the year so far. Plus, a new trailer for the year’s most massive film, and the new Netflix comedy that’s taking the Internet by storm.

One of the great mysteries of art is how quickly something that once seemed fresh can start to feel utterly stale. Such is the case with director Neill Blomkamp. His 2009 sci-fi thriller District 9 came out of the blue to thrill both audiences and critics alike, and ultimately came away with a nomination for Best Picture. Everything was coming up Blomkamp, and the result was 2013’s Elysium, a $100 million blockbuster that looked to take Blomkamp’s penchant for sci-fi allegory and give it a larger scale. While it was certainly bigger, it fell flat, and his weaknesses as a storyteller started to become more inescapable. It was a nifty premise, sometimes flashily presented, but on a plot and character level, it was an absolute mess.

His new film, Chappie, sees Blomkamp returning to the South African roots that brought us District 9, but ultimately he winds up falling too far down his own rabbit hole. Right from the opening moments, comparisons to his first film are all too easy, and what worked then feels far more like a crutch now. It begins in a documentary style that is ditched once the actual story starts, most plot developments are told via news footage, it centers on a conflict between impoverished outsiders and a massive corporation in Johannesburg, and there’s a violent gangster figure whose accent is so thick that he requires subtitles. The similarities extend to the final act, which I won’t spoil because I am a gentleman. In many ways, Chappie goes out of its way to invite these comparisons to District 9, and the results aren’t particularly flattering. Since we’ve grown so accustomed to Blomkamp’s beats in the past few years, the clunky nature of his storytelling has only become more obvious.

The gist of Chappie is this: the crime rate in Johannesburg goes down when the city institutes a robot police force provided by manufacturer Tetravaal and computer genius Deon (Dev Patel). Behind his employer’s back, he aims to create a sentient robot without the company’s approval, but before he can do that, he is captured by a trio of criminals (Ninja and Yolandi Visser of the rap duo Die Antwoord, along with Jose Pablo Cantillo) who want to create a robot warrior of their own. He instead provides them with this self-aware robot, who they call Chappie.

In its best moments, Chappie is a clear improvement over Elysium, particularly in its middle act, when Blomkamp most directly deals with the “maturation” of the titular character. It doesn’t work at all as a whole, but he’s able to find moments of grace in between all the clanging nonsense. With District 9, one could argue that his propulsive style actually improved the material, emphasizing the urgency of his protagonist’s dilemma as the film wore on. With Elysium and now Chappie, he’s come up with nifty ideas, but he doesn’t have the patience to explore them with any depth. He turns them into relentless plot and action machines, and not particularly enthralling ones.

The absurdity comes to a head in the final act, when Blomkamp takes things in a direction that could be interesting if it didn’t come off as silly and simplistic. He also does everything he can to sabotage his performers as well. Die Antwoord are the main focus of the film for long stretches, which can only be described as a miscalculation. Meanwhile, Hugh Jackman is stuck in a nothing role as a nasty Tetravaal employee who feels his own method of robot law enforcement is far more reliable than Deon’s. That might sound like a juicy enough antagonist, but it mostly consists of Jackman either looking grumpy in the corner of the room, or sneaking around in the dark wearing khaki shorts. You know it’s a bad sign when a movie takes one of the most charismatic stars in the world and sidelines him in favor of Die Antwoord, but that’s just one misstep in a film full of them. 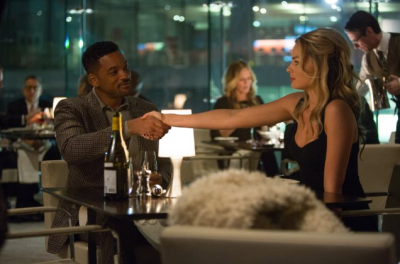 –If nothing else, Focus acts as a fine reminder of why Will Smith became such a massive movie star, as well as confirmation that Margot Robbie is on the verge of stardom herself. These are two terrific, charismatic performers who take a somewhat unsatisfying con man movie and turn it into something compulsively watchable.

–Matthew Vaughn’s James Bond/superhero movie riff Kingsman: The Secret Service is terrific for the first half, but becomes much more inconsistent in the second, when Vaughn starts to fall victim to his cruder and more bloodthirsty tendencies. It’s a PG-13 movie with sudden, slightly jarring bursts of hard-R content, and the film would have benefited by picking a side and sticking to it.

–The best movie I’ve seen so far this year, in a walk, is Peter Strickland’s drama The Duke of Burgundy, which starts by presented an ostensibly abusive lesbian relationship and slowly reveals it to be much more complex. It’s hard to explain without just ruining it, so I implore you to check it out. You should be able to find it on demand.

In general, a movie only needs one trailer, but most major studios seem terrified of letting too much time go without giving their latest big-budget offering a publicity boost. This is especially true of Marvel, a studio that understands the Internet buzz machine better than just about any company out there. They seem to release some new piece of information about their cinematic universe every few days, and when they have something like Avengers: Age of Ultron coming out, they publicize it into the ground. The question is whether they need to, and I think that’s an obvious “no.” I might understand their desire to put some extra effort into selling Guardians of the Galaxy or the upcoming Ant-Man, but Age of Ultron is poised to be the year’s biggest film, and releasing more trailers only seems like it could backfire. It won’t, of course. Marvel is damn near invincible right now, whether you like it or not. 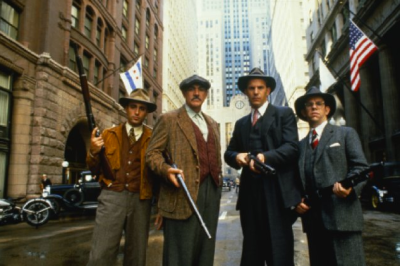 Recently I finally got around to a movie that’s been on my “Watch this, idiot!” list for a while now: Brian De Palma’s gangster film The Untouchables. It’s really well done, and yet another example of just how simple a lot of these “classic” films are. Kevin Costner comes in to town to take down the organized crime empire of Al Capone (Robert De Niro) in Prohibition-era Chicago, and over the course of the movie, he does just that. The high point is undoubtedly the Academy Award-winning performance from Sean Connery, who brings a world-weariness and extra bit of emotional power to a film that might have otherwise felt a bit empty. It’s not my favorite De Palma film, but he’s a rare director who elevates everything he works on. Even when he fails, he does so with style.

On Friday, Netflix released Unbreakable Kimmy Schmidt, a sitcom with an interesting backstory. It was initially developed for NBC by Tina Fey and Robert Carlock, with Ellie Kemper in the lead role of a woman who decides to move to New York City after spending 15 years in an underground apocalypse cult. (You know, that sounds weird when you actually write it out.) In November, it was announced that the show was moving to Netflix, possibly because NBC doesn’t have the faintest idea what they’re doing on the comedy front right now. Anyway, at last it has been released into the wild, and good lord is it fantastic. It’s weird, hilarious, endearing, and just an absolute blast to watch. It’s as much fun as I’ve had burning through a new television comedy in a long time, and it only took me a couple days to watch the entire 13-episode season. I imagine it won’t take you very long, either. Also, be warned: the theme song with burrow its way into your head and never let itself out.