The idea that Hollywood is reliant on sequels and franchises is nothing new. If anything has changed, it’s that the films no longer have any real interest in working on their own terms. Call it the Marvel Effect if you wish, but the first priority of so many blockbusters these days seems to be the life of the franchise rather than the story they are attempting to tell in the moment. This is certainly the case with Terminator Genisys, which refurbishes the universe of James Cameron’s creation for the modern cinematic age. Of all the ways to make a new Terminator film, the method chosen by the filmmakers is truly one of the weirdest—it is at once a slave to the franchise’s past and a clear attempt at creating something new. It does neither job well, and ultimately betrays the best aspects of the franchise it is trying so hard to revitalize.

Genisys sets itself up as a new take on the story from Cameron’s 1984 original, told from the point of view of Kyle Reese (Jai Courtney), the post apocalyptic soldier sent back to the ’80s to save the life of Sarah Connor (Emilia Clarke), the mother of mankind’s eventual savior, John Connor (Jason Clarke). However, it doesn’t take long for the film to reveal that the entire franchise’s timeline has been turned completely upside down. Now Sarah is fully aware of her place in the coming man vs. machine war, is protected by an older Terminator she names “Pops” (Arnold Schwarzenegger) and enlists Reese to help stop Judgment Day from happening in the first place. It’s all a roundabout way to throw out the continuity of the previous films and embark on its own adventure, but Genisys greatly overestimates how much the audience cares about its labyrinthine plot.

Despite its willingness to go out of the way to acknowledge (and erase) previous Terminator movies, it really has no idea what made Cameron’s first two films tick. Gone are the horror elements, as well as the intimate nature of the threat. Sure, the events of past Terminator films have had global consequences, but Cameron got most of his tension out of the idea of one unstoppable machine against one or two humans. In his film, the future isn’t just coming… it’s coming for you. Genisys, meanwhile, could not be a less tense movie if it tried. Gone is the R-rated edge, and instead we get bloodless chase after bloodless chase, all leading up to yet another “stop the apocalypse machine” climax.

Directed by Alan Taylor (Game of Thrones, Thor: The Dark World), this is a film that fails to distinguish itself from the pack in any way. If anything, it feels like it’s playing catch-up with the current blockbuster environment, and goes out of its way to include a dumb credit stinger to assure you that more of the same will be coming later. (Though given its lukewarm take at the American box office, maybe not.) The cast carries itself well—I’ll admit this is the most I’ve liked Courtney onscreen—even if they aren’t required to do much acting. All in all, it’s a film isn’t execrable as much as it is utterly lame, and a reminder that no film is safe from being put through Hollywood’s modern franchise-making machine.

Meanwhile, another film came out this past weekend that is entirely unfamiliar, and it isn’t because it has a unique story to tell. If anything, Magic Mike XXL is notable for its utter lack of plot. Here is a film that not only gives the people what they want, but spends many scenes openly engaging with that very idea. There’s no denying that this film is, first and foremost, a male stripping delivery service—one that had a woman in my audience let out a visceral “NO!” when the end credits started to roll—but it’s also one of the best musical/dance films Hollywood has produced in years. Much of the credit for this can go to the filmmaking (more on that later), but it’s difficult to separate the triumph of Magic Mike XXL and the current dominance of its star/producer Channing Tatum. Once he was an unassuming beefcake with a secret stripper past, something he tackled head on with the first Magic Mike in 2012. However, whatever sheepishness he once had about the topic is now entirely gone. Where the first film tended to look down at its protagonist’s profession, XXL offers a complete reversal. You’re damn right he’s a stripper—now look upon his abs, ye mighty, and despair.

Gone are the scenes of drug overdoses and financial hardship, and Dallas (Matthew McConaughey) and Adam (Alex Pettyfer) have gone with them. Instead, we get the general outline of a plot that combines the road trip movie with a “one last job” heist film, but in this case it’s one last stripping free-for-all. When the film begins, the eponymous Mike (Tatum) is neck deep in his furniture business, and it’s not going quite as well as he’d like. He meets up with a few of his old stripper pals, played by Matt Bomer, Joe Manganiello, Kevin Nash and Adam Rodríguez, who tell him they’re en route to a big stripper convention in Charleston, where they plan to perform. Mike initially declines, but after a brief solo dance session in his woodshed set to Ginuwine’s “Pony,” he joins the gang on their quest up I-95.

It is in this “Pony” scene when XXL makes its intentions clear: this ain’t your slightly older sister’s Magic Mike. As Tatum launches himself around the set like a bumpier and grindier Gene Kelly, the film happily announces that the party is about to start, and everyone’s invited. Above all, this film is a glorious showcase of all Tatum is made of, both literally and figuratively. This is his show, no question, but it’s equally heartening to see how the film goes out of its way to give its supporting cast things to do. Bomer, Manganiello, Nash and Rodríguez didn’t do much in the first film besides dance, but the sequel gives them all a moment or two in the spotlight. None is more delightful than a brief pit stop at a convenience store, where Manganiello attempts to entertain an apathetic cashier.

This all culminates in an electrifying series of setpieces at the aforementioned convention, which is shot like a Bob Fosse hallucination and presented at full volume for the theatrical audience. This is one of the many moments when director Gregory Jacobs and crew member Steven Soderbergh (who shot and edited, but didn’t direct because he’s retired, thank you very much) flex their technical muscle. This same film could have been indifferently made and still satisfied its target audience. Instead, it’s brilliantly done in all the right moments. Jacobs, Soderbergh, Tatum and company have created some of the best cinematic dance sequences I’ve seen in a while. None of it makes sense, and the whole undertaking is incredibly silly, but who cares when there’s a show to put on? I am a straight male, and thus the opposite of this film’s target audience, but I was thoroughly entertained from beginning to end.

I’m finding it incredibly difficult to skim the surface of this film, considering all the stops it makes along the way. Vox critic Todd Vanderwerff jokingly, but not incorrectly, described Magic Mike XXL as “Apocalypse Now with strippers” over the weekend, as he’s not wrong. That never feels more appropriate than during a pit stop at the house of Rome (Jada Pinkett Smith), where various strip shows are performed every night. The guests and performers are predominantly black—Michael Strahan and Donald Glover are among them—and thanks to the dancing and cinematography, it is a glorious, beautiful sequence. It is barely connected to the rest of the movie, but it is absolutely vital. In Mike’s quest to put together a show for the ages, it provides inspiration. Even for professionals, there are always corners of the pleasure business that have yet to be explored.

There are other stops as well, including a drag show, a beach, and a house owned by Andie MacDowell. There’s even a romantic arc with Amber Heard that is best left unremarked upon. Despite the blowout that concludes the film, most of the major setpieces are rather intimate affairs, which no doubt contributes to the constant vibe throughout that Mike is dancing for you, girl. For its intended audience, Magic Mike XXL is an unqualified success. For other movie fans, there is so much here to appreciate and deconstruct—I can say with confidence that I could write a separate essay on every stop the boys make on their odyssey through the American southeast. Rarely has fan service been done this well, and it’s the result of a remarkably savvy superstar getting together with some skilled filmmakers and trying their best to bring the house down. If the woman who screamed “NO!” at the end of my screening is any indication, they succeeded wildly.

And now, the best movies of the year so far… 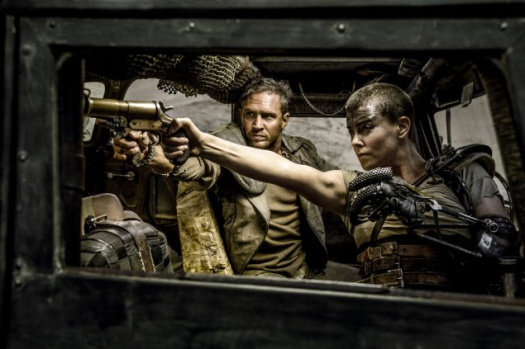 We are officially halfway through the year, so I decided to provide you all with a list of my 10 favorite movies so far. I’ve listed them alphabetically, because I’m crazy like that, along with some info on how you can introduce them to your eyeballs right now. And with that, we’re off.

That’s all, folks. See you next time!