The blessing and the curse of being a successful comedian like Amy Schumer is that your personality eventually becomes inextricable from your brand. The mere mention of your name comes with a great deal of baggage, and when audiences line up to see something to which you have attached your name, they will expect to be presented with a certain, established point of view. For Schumer, much of this is due to the success of her Comedy Central show Inside Amy Schumer, a program of singular hilarity and ferocity. Dozens of sketches have aired in that show’s time on the air, but they all unmistakably come from the same thematic place. By the time she got around to making Trainwreck, her first cinematic starring vehicle, Schumer’s reputation started to precede her. This project was viewed as a Schumer vehicle first and foremost; so much so that director Judd Apatow, one of the major cinematic comedy figures of the 21st century, wound up taking an authorial backseat in terms of public perception.

In the finished product, however, one can feel Apatow’s sensibilities occasionally overtaking Schumer’s, and it’s a bit of an odd fit. Where Schumer is normally one to cut right to the heart of the matter in efficient, hilarious fashion, Apatow’s work is famous for its more improvisatorial, rambling nature. Both are effective in their own environments, and the results in Trainwreck are predominantly positive, but too often it feels as though an opportunity was missed. It’s less a Schumer victory lap than a pleasant ride around the block.

Either way, the film makes a fine argument for Schumer as movie star, and she carries the top-billing load with impressive ease. She plays Amy, a writer for a men’s magazine who spends most nights picking guys up when she isn’t with her regular boyfriend Steven (John Cena). While working on a profile, she winds up meeting sports doctor Aaron (Bill Hader), and the two start to fall for each other. What follows is a fairly typical romantic comedy plot, with the usual complications and resolutions, only with the genders swapped and occasional digressions featuring LeBron James and Colin Quinn as Amy’s father.

Apatow’s usual rhythms are prominently on display here, and as usual, when things fall flat they can really fall flat. That’s an unfortunate side effect of following every train of thought; things can get awkward if the audience isn’t willing to come with you. (Shockingly, most scenes involving Tilda Swinton’s crass magazine editor fall into the “dud” category.) There’s a flip side to that, of course, and when his films strike gold they hit on a truly high level. Trainwreck isn’t nearly as consistent as his early directorial work, and occasionally the point can get lost in the sea of endless riffs. In fact, a point is precisely what too much of the film is missing, and that has not been a problem in Schumer’s television/stand-up work. There’s nothing wrong with merely making a solid romantic comedy—heaven knows there aren’t many of those—but it feels like this group was capable of reaching a whole lot higher.

On the other hand, Marvel is a company that’s perfectly happy to avoid reaching higher than necessary, and it’s starting to get them in trouble with the filmmakers they hire. More and more you hear directors complain about the experience of working in the Marvel machine, as they attempt to shoehorn their larger universe and formula into every project they undertake. There has never been a clearer example than Ant-Man, which plays like a potentially interesting movie constantly hijacked by Marvel’s usual nonsense. It’s perfectly fine on its own terms—most of these things usually are—but those with superhero fatigue will find little here to celebrate. It’s the same meal you’ve been eating for seven years; it hasn’t gotten worse, exactly, but it might be nice to try something new.

Ant-Man famously began as a project written by Edgar Wright and Joe Cornish, with Wright set to direct. After finally getting close to production, Wright left the film due to creative differences, and pretty much everyone knew what that meant: Marvel wanted more of their style and plot in the film, diluting Wright’s vision in the process. He stepped out, Peyton Reed (Bring it On) stepped in, and Marvel’s grand vision was back on track. I don’t mean to crap on Reed here—he’s good, and he did a good job—but Wright is a filmmaker of such style and wit that anyone else would have felt like a significant step down. Marvel doesn’t mind, of course, so long as the mission stays on track.

The new addition to this ever-bloated universe is Scott Lang (Paul Rudd), a criminal just out of prison looking to go straight. Instead, he gets roped into the circle of Hank Pym (Michael Douglas), who forces the role of Ant-Man upon him in an effort to steal back a similar invention from his former protégé Darren Cross (Corey Stoll). From there it becomes something of a heist movie, as Lang and Pym formulate their plan along with Hope van Dyne (Evangeline Lilly), Pym’s daughter.

The one thing Marvel has done unimpeachably well over the years is casting, and that is no different here. Rudd is a natural fit for the role, even if some of his charm gets lost in the endless CGI, and Douglas brings a sense of dignity to any movie he is in. His is the real soul of the movie, and whenever he is onscreen Ant-Man becomes much more interesting. The same goes for Michael Peña as Luis, an associate of Lang’s that gets to narrate two of the film’s best scenes. It’s in those moments you get a glimpse of the blast that an un-Marvelized Ant-Man could have been, whether Wright directed or not. Instead, you get a series of fun moments occasionally interrupted by needless world-building and general familiarity. It isn’t quite as overcrowded as other recent Marvel efforts, but it isn’t for lack of trying. 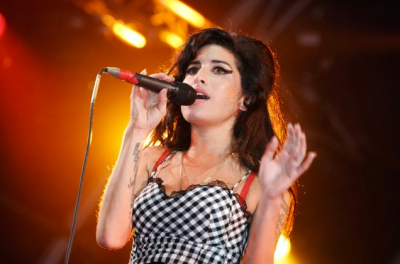 Two terrific, if very different, documentaries have been released in the past few weeks, and I’m here to tell you to see them. The more famous of the two is Amy, which follows the rise, fall and eventual death of Amy Winehouse, the star who took the music world by storm and then quickly became a punchline for her drug and alcohol abuse. Directed by Asif Kapadia, the film begins as an exhilarating, if bittersweet, story of a talented singer gaining success, and then quickly devolves into both a tragedy and a scathing indictment of the way celebrities are treated by their friends, their family, and the culture at large. Never is this clearer than in the use of two clips from The Tonight Show. In one, Winehouse performs and then shakes hands with friendly host Jay Leno. Later, we see him making a cheap joke at her expense. It’s not easy to live in a world that’s adulating you one moment and then laughing at you the next.

Meanwhile, Cartel Land is less interested in being an indictment of anything than it is in taking a close, brutal look at the world of the drug trade, and the few souls that try to stop it. Most of the film concerns Dr. José Mireles, founder of Michoacán-based vigilante group the Autodefensas, and leader of the anti-cartel movement in his crime-ridden state. Despite early success, he slowly realizes he is fighting a larger enemy than even he anticipated. Meanwhile, up in the United States, Tim Foley leads his own vigilante group called Arizona Border Recon. Their goal: protect the border from the cartels. The Foley sections never quite find a home in the structure of Matthew Heineman’s film, but they are independently fascinating. However, whenever the film ventures into Mexico, it becomes one of the most gripping (and bleakest) movies of the year, filmed with a you-are-there immediacy that never lets up.

I recently watched Head, the 1968 Bob Rafelson film starring the Monkees, and it’s one of the most fascinating movies I’ve ever seen. The late ’60s and early ’70s might be my favorite pop culture era ever, and the deliberately baffling Head tackles the American tensions of the time head-on. It’s something that has never been attempted again, and with good reason: imagine if One Direction made a psychedelic sketch film that spent long stretches meditating on the war on terror, commercialism and climate change. That’s more or less what Head was at the time, making it one of the least surprising box office flops in history. That doesn’t mean the movie is bad. Au contraire; it delights and baffles me in the best way possible. Interested? It’s on YouTube.